SERIOUS ABOUT SOCIALISM? THEN JOIN THE YCL! 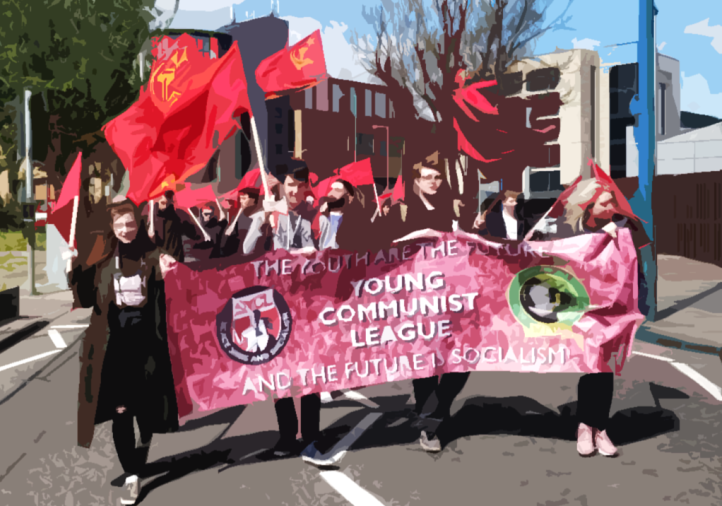 The Young Communist League (YCL) is a political youth organisation and the youth wing of the Communist Party of Britain. We fight for working class and people power and Socialism.

Join us and join revolutionary young people throughout Britain who are part of the mass movement of struggles against the capitalist ruling class and for a better future – in communities, work, schools and universities.

We are a Marxist-Leninist organisation, which means we follow the theories and practice of Marx, Engels and Lenin and the experiences of the Communist Parties and the socialist countries since 1917.

We campaign and organise together and individually, not only as the YCL, but also in broad left-wing alliances and other organisations, fighting for the interests of young workers and students.

We are internationalist in the true sense of working class solidarity. We are part of the global Communist youth movement, as well as members of the World Federation of Democratic Youth, a UN-recognised youth organisation that has brought together young people from across the world in unity against war and imperialism, and for peace and social and economic progress since 1945.

The YCL is a democratic organisation for people under 30 years of age with branches and members in every corner of Britain, in the cities and regions, in England, Scotland, Wales and Cornwall. And there is a place for you too.

Serious about Socialism? Then click here to join the YCL!

For Peace, Jobs and Socialism in our Lifetime!

Donate to the YCL